How good is HIV treatment in India? 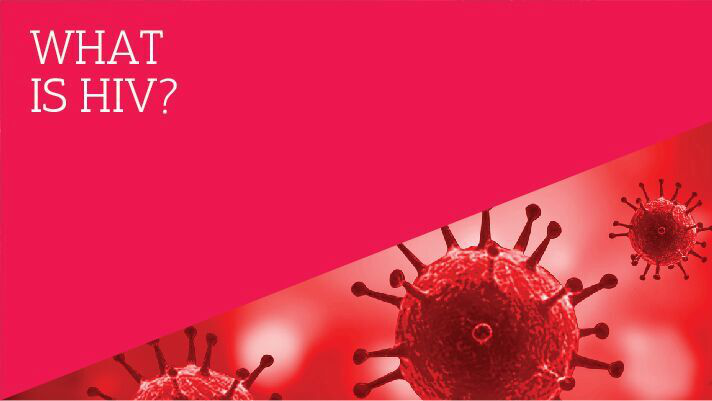 HIV – human immunodeficiency virus – is a virus that attacks cells in the immune system that help fight infection and illness. Only humans can be infected or contracted by the virus. The virus destroys the T-helper cell and makes copies of itself inside them.  This gradually reduces a person’s immune system, which means that someone who has HIV and not on antiretroviral treatment will increasingly find it difficult to fight against infections. The rate at which HIV progresses in a person depends on age, medical history, health, and background.

Although the disease has no definite cure, the earlier it is detected, the sooner they can benefit from treatment, helping them lead better health in the long-term. Also, antiretroviral therapy can reduce the level of virus in the body to such a low level that blood tests cannot detect it. Those who have been identified living with HIV whose viral load is undetectable cannot pass on HIV to others.

Difference between HIV and AIDS

HIV is a virus that weakens a person’s immune system. It is responsible for the deterioration of the immune system when left untreated. While AIDS – acquired immunodeficiency syndrome) is a condition, only by contracting HIV, a person could develop AIDS.

Stage 3 HIV or AIDS develops in a human body when the virus has caused significant damage to the immune system. The severity of the symptoms and conditions may vary from person to person. Collectively known as opportunistic infections, a person may develop one of the many infections, including pneumonia, tuberculosis, and others.

Following antiretroviral therapy can help prevent stage 3 HIV from developing as HIV does not always necessarily progress to become HIV or stage 3. HIV can infect a person without having AIDS; however, anyone diagnosed with AIDS has contracted HIV already. As there is no cure, the infection never goes away even if AIDS does not develop.

An estimated 36.9 million people were living with HIV infection in 2017, this includes 1.8 million children. It is estimated that about 25 percent of the above are unaware that they are carriers of the virus. Since the start of the epidemic, 35.4 million people have perished to AIDS-related illness. In 2017, 940,000 people perished of AIDS-related illnesses. This has drastically brought down by 51 percent since the peak in 2004 and 2010 – which amounted to 1.9 million and 1.4 million deaths those years.

Countries with the highest rate of HIV/AIDS

Swaziland, Lesotho, Botswana, and South Africa have the highest rate of HIV-AIDS infected people in the world. Swaziland has 27.4 percent of its population suffering from this deadly infection. Unprotected sex, transactional sex, and sexual violence are the most common ways this infection is generally spread throughout the country.

Effects of HIV/AIDS on an individual and for a country [social, economic, cultural]

Having HIV/AIDS is a lifelong agony for those who are infected. At the start of the epidemic, people in large pockets of society were less aware of the disease, and this led to various myths on how the disease is spread. Infected people were shunned by their own family, friends, and society at large as contradicting the disease meant – a death sentence – this led to most people give up on the fight against the virus and increased suicide-related deaths.

Widespread awareness programs by leading government agencies and non-profit organizations across the globe, both in developed and under-developed countries, have helped in people reaching out to antiretroviral therapies as well as an added urgency in practicing safe sex and healthy lifestyle. Governments have realized that to fight a complex disease and without a cure impacts the nation’s socio-economic and cultural aspects. This further deprives a part of the generation contributing to the nation’s development.

The most common HIV-AIDS treatment is the antiretroviral therapy (ART), it is recommended to those infected by HIV. This therapy does not cure the infection, however, they make it a manageable chronic infection, by reducing the risk of spreading it to others.

Other popular treatments include:

A study published in the journal AIDS found that during monotherapy era people with HIV at 20 had an additional 11.8 years. However, this has now risen to 54.9 years due to the advancement in treatment such as a combination of the antiretroviral era.

Post-exposure prophylaxis (PEP) means taking antiretroviral medicine after potentially being exposed to HIV in order to prevent further infection. It should be used only in case of emergencies and must be introduced within 72 hours after a possible exposure to HIV. While PEP is effective, it does not guarantee 100 percent, so a person should continue using condoms with sex partners and safe syringes while taking PEP.

The World Health Organization (WHO) recommends that PEP must be made available to all people who could have been potentially exposed to HIV, but the Indian government, due to concerns around misuse, provides treatment only at government hospitals. National Aids Control Organization or Naco’s stance has held the same stance since PEP was introduced at the beginning of the century. Neighboring countries, such as Pakistan and Sri Lanka, have the same policy.

Often people find the most valuable information about the treatment and better facilities and physicians only towards the end of it. Finding an oncologist who is not only regarded best by hearsay but with factors to back them up is a challenge in a diverse region such as India.

Texila Medicare understands the necessity and bridges by providing personalized medical services that meet the best and most affordable therapy to international cancer patients.

The medicare company helps patients in scheduling your trip arrangements from A – Z making ample room for adequate adjustments of patient needs at any point time during this period. It offers a plethora of accredited network of hospitals and doctors with good standing in the medical profession. With best practices and affordability – the service goes one notch up for its ethical and transparent client servicing from the very beginning to the very end. Texila’s growth in the market of medical tourism in India is a testament to its growing partnership with the best Medical Service Providers across the country. With Texila American University Consortium as its backing, the company has a deeper understanding of the medical services it offers.